So A few days ago I decided to post my first Android app – Word Crush.  Its also the first result when you Google word crush – which makes me happy.  It is a simple word game where you get some letters and try to make words with them.  Each round is guaranteed to have at least 20 words and at least one six letter word. Being a Computer Science guy I am not very good at the game myself but my wife is amazing at it.

The interesting thing is it already has over 1000 downloads.  Not sure if that is just dumb luck or because people actually like it.  I am also very impressed with the statistics Google provides to you. You get to see the breakdown of OS versions, hardware, language, etc of all the devices its on.  You can see total installs and active installs as well. The really nice thing about it is that it tells you about and crashes you might have as well as user notes if they submit them.  This will help developers to fix the bugs quickly – though it might be hard to reproduce them. Needless to say I think this is a good first start into the mobile app world and I am impressed with the feedback you get from the market web interface. 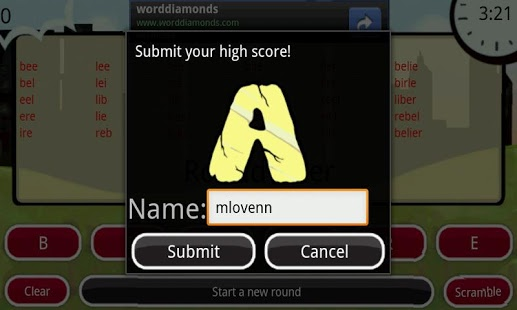 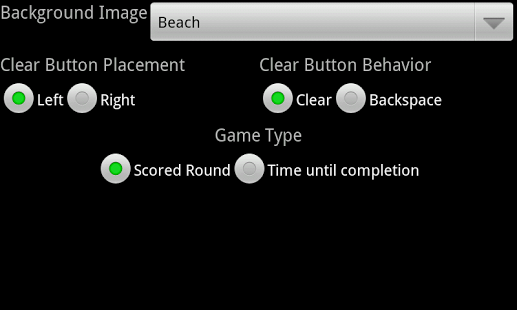 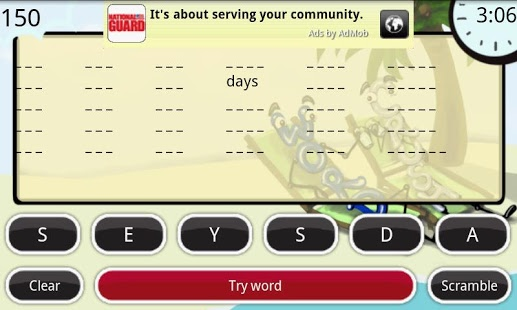 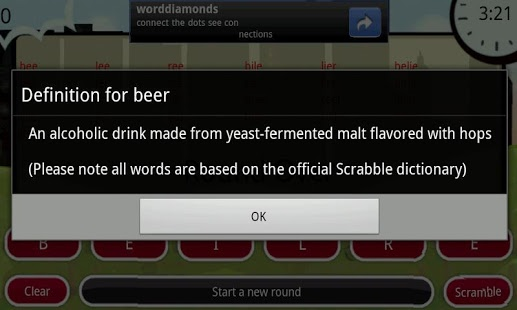 First off I had intentions of taking pictures of this process but I got so into it that I spaced and didn’t take any photos.  Anyways here is what you need to get started.

-Wire caps (My transfer switch came with some)

The very first step is to pick the circuits that you want to be able to run off the generator.  In doing so be sure to keep in that mind that your generator will provide two lines of 120v power.  Half of the circuits on your switch will be powered off one line and the other half on the second line.  Ideally you will have both halves of the switch drawing equal power (or at least similar power) otherwise you will be getting dirty power.  Once you have picked the circuits to hook up divide them into the two halves trying to keep power draw equal. With the reliance switch, each cable coming out of the bottom has a circuit label so you know where the wires are coming from.  Make a chart that links your transfer switch circuit to your load center circuit. Now you are ready to get started with the physical labor. Pick a spot close to your load center for the transfer switch. Ideally you want the bottom of both boxes to line up.  This will make hooking up the wires into the load center easier. Once you found a good spot for it mount it onto the wall.

Quick note: AT this point if you are not comfortable working on a live load center I would highly suggest throwing the main on the house (it is what I did).

Repeat that last step until all of your circuits are connected.  Now make sure all the circuits on you switch are in the Line position.  Close up the load center and now you are safe to turn the house power back on.

The final step is to hook up the generator line to the transfer switch.  You can either instal the plug directly to the switch – or you can run a line to the exterior of the house (what I did) and just tie it right into the switch.  Here you will need to pop out one of the caps in the switch. Secure a small 1/2in wire clamp (can get them at lowes or home depot but I couldn’t find a link online – cost about 80 cents each) into the hole and clamp the power line from the side of the house.  Now just use a wire cap to connect each of the four wires to the ones inside the switch. White to white, green to green, black to black, and red to red. Its a good idea to tug on each wire after you cap them to make sure they wont come undone. Once secure I would also suggest putting some electrical tape around the caps as well just in case.  Now you are good to close up test it out!

Hopefully this has been informative and helpful!

You will notice there are actually two load centers here.  My house has one main and a break out panel – so my installation was a little harder.  I put the transfer switch in the middle and since half of my circuits were in each load center I split the bundle into two.  I used this tubing: http://www.homedepot.com/h_d1/N-5yc1v/R-100404116/h_d2/ProductDisplay?langId=-1&storeId=10051&catalogId=10053 and these caps to connect them http://www.homedepot.com/h_d1/N-5yc1v/R-100404130/h_d2/ProductDisplay?langId=-1&storeId=10051&catalogId=10053

I used a wire clamp to secure the orange cable in the middle (the line from the side of the house).  Looks good to me!

Moving is a busy process, so I am glad I won’t have to do it again for a while.  My family is finally officially moved into the new house. We spent the first night in it last night and it was fantastic.  We will still be busy getting the house set and and the last couple things over to the house but the fact that we are living in it now makes me happy.

SO much for posting one a day, it has been over a week since my last post.  I am going to blame my super busy as of right now. Fortunately things should be calming down a bit.  My families move is almost done – though we will need to organize the furniture and fine good locations for stuff.  I still need to finish doing outlets in my house (I am replacing all the outlets to have tamper resistant outlets). Many needed to be rewired so I figured why not just do them all.

My employer does something very cool.  Two days out of every month you get to work on whatever you want.  This helps to keep employees happy and will also wind up creating some really cool things!  It would be nice if more companies were able to do something like this!

As I am sitting here writing this on the couch near my desk at work all I can think about is my wife and daughter and how I just want to spend time with them.  I am so happy soon my house will be a short drive from work which means lunch with my family could be a reality! 🙂

It cost’s too much and companies like Comcast want to nickle and dime you for every little thing.  Cable box $15 a month – DVR server in that same cable box another $8 bucks a month – more boxes $15 each.  Cable modem $8 a month. A DVR box costs about 200 bucks, a modem about 60. You will pay Comcast more than the retail value of everything you rent from them in under 1 year – what the hell.  That shit is not for me!

I am pretty sure now that the more you are stressed the more your body could use sleep.  I usually only need about 7-8 hours of sleep to feel rested. Once I started to get broken sleep I started getting headaches all day.  Responding to night pages for work, and being frustrated all day means more stress. Also, my wife and I are closing on a house this week and will be in the midst of a move for the next 10 days – that means more stress.  I got a solid 7.5 hours of sleep and I am unbelievably tired this morning. So my conclusion here is that more stress means you need more sleep.

As much as I complained about how much the internet talked about Steve Jobs, I feel its time I put in my two cents about it.  First and foremost, Steve was an unbelievable visionary for technology. He could dream up some incredible products and was able to help them come to life.  His ideas and products have helped competitors shape their products to help advance the usefulness of technology. That said, there are some things about what he did to Apple that I disagree with.  Apple makes solid hardware (at least they used to) but more often I am hearing stories of numerous visits to the genius bar for the same problems. Many times its the same people having repeat visits to the Apple store.  Also, the last release of the iPhone was pretty pathetic. They did a great job advancing voice control – that is about it. Phones will get new hardware and get faster and smaller, consumers expect that. There was really no innovation this time and with Steve gone, will Apple be able to keep up?  Or will they just continue to steal ideas from Android and other app developers? For a company that claims that stealing is wrong and often sues other companies for things as common as of there is a clock on your lock screen, they seem very hypocritical right now. Thanks Steve Jobs for all you have given us in your lifetime.  Hopefully someone will come along and put Apple in line like you did in the early 2000s.

So here is a blog about blogging.  Woohoo! One day I read that word press was very easy to install.  I thought to myself that it could be fun and help me become a better writer and just get better at putting thoughts into words.  Installing this was so easy its unbelievable! I know they say it takes under 5 minutes but wow this was fast. I extracted the directory, made a db, and bam! It was up and running!  I was originally trying to do at least one post a day but as my job is not this site sometimes that doesn’t happen.

It is actually kind of fun to put your thoughts in writing though and I would suggest it to anyone who has the time and resources to do so.

Almost missed my flight. That was an experience!

There is an Australian guy giving the keynote today – and that makes me happy!  He is talking about how ipv4 is dying – not only because we are running out of addresses, but security and all that jazz.  He also seems to be a great speaker. He is funny, got a great accent, said bonkers, is very opinionated, and smiles. Oh and he doesn’t use bullets points but does align info in such a way that bullet points would make sense.  And he put a plug in at Twitter, “140 characters is not enough to say anything useful – just look at twitter” – yeah this guy rocks.